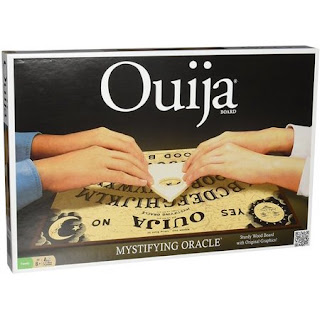 We’re supposed to be kind and loving to everyone; but…


There are some folks who enjoy being insulted, going out of their way to extend or prolong a conversation that should have ended before it ever started. These folks are often found on social media forums such as Facebook or Twitter. I’d have included conversations on elevators; but that in and of itself violates a Cardinal Rule of remaining silent while the doors are closed.


The problem, at least as it has presented itself, arises when you read something which runs contrary to your opinion, an opinion based on a lifetime of experiences, feelings, prejudices with an occasional fact thrown in just for fun. These type of contrary comments beg for a snide reply and, (pausing to inhale) they most often are found in comment threads belonging to someone listed as one of your ‘Friends’.


Of course, (I read somewhere that you’re not supposed to start a sentence with Of course; but I like to live dangerously), where was I… there are others who’ve specialized, even made careers out of insulting others. “ Don Rickles earned the nicknames “The Merchant of Venom” and “Mr. Warmth” for his poking fun at people of all ethnicities and all walks of life.”


But what about the common everyday Smart-Alec who doesn’t make a living insulting their friends, strangers or people who didn’t check with their mothers prior to commenting in an open social media forum? What’s the average Joe/Jane supposed to do when he/she enters a conversation only to find the other individual is never going to ‘get it’, what then?


This is a modern day challenge. In the past you’d simply shake your head and leave; but in our day of omnipresent communication abilities, there really isn’t a way to exit without appearing cowardly or uninformed. All those years of schooling, indoctrination and prejudice can’t be ignored or wasted; no, you have to get your Two Cents in.


Of all the folks I know and consider associations, some reaching close enough to be classified as Friend, I try to weed out those who ‘will never get it’. This saves time and energy; but it limits the number of times I’ll have to apologize to the Lord for yet another human frailty, another sinful act on my part…remembering that we’re supposed to be kind and loving to everyone.


I really do try to be open-minded, giving others the opportunity to admit that they are mistaken and could use a healthy dose of my insight. Those who are unable to benefit from my exhaustive library of information; well, it’s their loss and good riddance to bad baggage. Some people have never learned to enjoy sarcasm, considering everything to be on the level.


The Onion and BabalonBee take great pride in killing off these weaklings, often leaving their entrails scattered across the internet as a warning to others. Their message, have fun laughing at the ridiculous because most of the time it can’t compare or compete with what’s really happening.


All of what I’ve written to this point, this nonsense, is a set-up, a way to introduce my latest slam-dunk reply to someone who just won’t let a comment thread die. I have no idea who the individual is; and don’t figure on inviting them over for lunch to find out other areas of life on which we don’t see eye to eye.


After a prolonged exchange, (that’s when you never actually exchange ideas or convince anyone of anything), their final ‘insult’ to my intelligence was, “You watch Fox news too much”. I’m sure that must be important to some folks; but is it really an insult?


I sent the following, “I get my most important information from a Ouija Board; but since most of this data comes from dead people I must assume they are Democrats.”


Do you think this individual will request being my Friend any time soon?