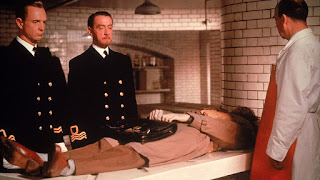 Gratitude is an interesting human trait.  We say thank you when somebody does something nice for us or gives us a present; but that only touches on the idea of gratitude. How do we express heartfelt gratitude?
I could lead off with the highest level, the gratitude we as individuals show for our Savior, Jesus Christ.  His gift of eternal life to mortal beings truly is incomprehensible so we can only do our best to live a life worthy of such a gift; that’s how we show our gratitude for His sacrifice.

But that’s not where I’m headed this Memorial Day…no, but honoring the sacrifices of those who gave their lives in the battle for liberty, our individual chance to live and breathe while their lives were cut short; that’s something to consider.

I once saw a photograph of a mass burial at sea; sailors who’d lost their lives following a kamikaze attack.  The image of their shipmates carrying out the somber task struck a chord with my soul.  They had little time to morn their friends while the business of war and the ever present threat required the detail be carried out in haste.

Recalling a movie,  The Man Who Never Was , there are civilians who ‘stepped up to the line’, so to speak.  They served the war effort in ways they never could have considered, some joining the ranks vicariously.

(Image: The Man Who Never Was, courtesy of sgliput.wordpress.com)

The military needed to fool the German hierarchy by supplying them with erroneous information.  The plot was formulated to leave a military courier’s body floating off the coast of where it would be found.  Every detail of the courier’s life would have to be verifiable, right down to having letters from his girl friend, where he purchased his uniform shirts, tickets to the show he’d last seen and so on.

“The corpse will appear as a plane crash victim, the non-existent Royal Marine, Major William Martin, who is carrying falsified letters about a forthcoming Allied invasion of German-occupied , rather than the obvious target of .”

But they needed a corpse who looked like he’d drowned in the ocean, and so they obtained the body of a man who’d died from pneumonia (At least that’s how this was accomplished in the movie.  According to a different historical account the body was likely obtained from a ship wreck off the northern coast of ).

There was a scene in the movie where the grieving father of the recently deceased individual was asked to donate his son’s body for the war effort.  Instead of being able to bury his son he was being asked to trust the military, that his son would eventually be given a proper funeral.

It’s a wonderfully well made production of a movie and worth your efforts.

Memorial Day is for the survivors, those who didn’t die in the service of their country.  Sounds a bit strange doesn’t it?  This day is for us to recognize and honor the sacrifices made and try to live worthily as a means of showing gratitude for a gift that’s too hard to understand in its entirety.

When we look at the lessons of life, particularly in the scriptures, we see miniature versions of the big picture and use them to understand the ultimate gift of the Savior’s Atonement.  Abraham being directed to sacrifice his only son being a shadow of the sacrifice of God’s Only Begotten Son teaches us to see the world through His eyes.

So it is with Memorial Day as we consider and honor the gift of liberty from those who never made it home.
Posted by T. F. Stern at 11:05 AM 0 comments 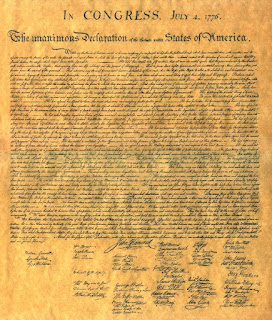 I was looking for quotes from respected individuals regarding the notion of private property.  The ones listed here came from an internet site called Search Quotes.  Many of these ideas where shared in communications by the founders of our nation, studies and consideration by the best minds as they defined as best they could the enduring definitions of Life, Liberty and Property (also referred to as the Pursuit of Happiness).

“Each of us has a natural right, from God, to defend his person, his liberty, and his property.”  --Frederic Bastiat

“Liberty, then, is the sovereignty of the individual, and never shall man know liberty until each and every individual is acknowledged to be the only legitimate sovereign of his or her person, time, and property, each living and acting at his own cost.” --Josiah Warren


“All men have equal rights to liberty, to their property, and to the protection of the laws” –Voltaire

“Among the natural rights of the colonists are these: First a right to life, secondly to liberty, and thirdly to property; together with the right to defend them in the best manner they can.”  --Samuel Adams

“Property is surely a right of mankind as real as liberty.”  --John Adams

“Thieves respect property. They merely wish the property to become their property that they may more perfectly respect it.”  --Gilbert K Chesterton