Yet another open letter to all locksmiths

I’m directing this to the newly appointed member of the Texas Department of Public Safety/Private Security Bureau (DPS/PSB), the Honorable C. D. Sims, an accomplished locksmith in his own right; however anyone associated with the Locksmith Industry is invited to consider what is presented.   There’s been a burr under my saddle, so to speak, ever since the locksmith industry was hog tied into being licensed so many years ago and placed under (the thumb of) the DPS/PSB with Not One Single Locksmith on that governing board.

Forgive my sense of history; but we fought a war over the idea of taxation without representation.

Saying it’s about time a locksmith was on the DPS/PSB would be an under statement; so without wasting any more time, C. D., (the rest of you Honorable board members might want to pay attention as well), how about addressing an issue which has been ignored or didn’t seem important to those who have gone before you.

I wrote an article back in 2010, Subjects of Texas, regarding the increase of mandated continuing educations hours required by the DPS/PSB in order to maintain a valid locksmith license.  At the time all locksmiths, regardless of how many years they’d been active in the Locksmith Industry, all were required to include 8 hours of locksmith related courses, taken only via approved instructors in the State of Texas; however, that increased to 16 hours without any justification.

What I wrote then still applies:

The DPS/PSB cannot justify its expensive and time consuming requirements, and I might add; requirements which do not serve to protect an unsuspecting public from scoundrels posing as legitimate locksmiths because those individuals who have acquired a locksmith license are not a threat and never were a threat to an unsuspecting public. The DPS/PSB has hijacked a part of the private sector and enslaved them with petty Lilliputian rules and regulations which serve only to guarantee permanent employment for DPS/PSB employees; a typical bureaucracy and drain on an already weak economy.

On more than one occasion I’ve submitted a proposal to the DPS/PSB, along with this same suggestion through the Greater Houston Locksmith Association (GHLA), to the effect that licensed locksmiths who have been performing their skills for 10 years or more should be exempted from mandated continuing education courses in order to maintain that license.

This isn’t to say that locksmiths intending to stay up to date or ahead of their competition should not endeavor to improve their skills via continuing education courses which are available in a wide number of important areas; only that the State of Texas should have no say on what should or should not be mandated once a locksmith has proven his or her skills for 10 years or more.    This recommendation fell on deaf ears and was not acted upon.

Recently an article by George F. Will appeared in the Washington Post, The 110 year-old case that still inspires Supreme Court debates.   That particular case was the U.S. Supreme Court’s 1905 Lochner decision which dealt with unionized bakeries attempting to mandate, through government intervention, the number of hours small family owned bakeries could work in order to compete in the market place under arbitrarily contrived figure set by the unions and passed along by the State.

The Lochner case found in favor of the small bakeries, specifically individuals going about, as best they could, supporting themselves and determining for themselves, how many hours to work, sleep or maintain a healthy work environment.

While the ruling was not unanimous, it did establish, or more accurately, re-established and “affirmed the United States’ foundational doctrine: Majorities cannot legislate away individuals’ constitutional rights for preposterous or protectionist reasons.”

“Lochner meant that government must prove the public necessity of its restrictions of economic liberty. Sensible judicial deference to government regulations does not require judicial dereliction of its duty to gaze skeptically on government’s often ridiculous rationalizations of them.   Since the New Deal, when courts abandoned protection of economic liberty, government has felt no obligation to produce evidence of the rationality of its restrictions. So, disreputable reasons go unchallenged.”  (emphasis added)
So I once again turn this unsavory mandated continuing education issue back to you Honorable members of the DPS/PSB.
Can the State of Texas, specifically the DPS/PSB PROVE the public necessity of its restrictions of economic liberty?  Mind you, locksmiths have already PROVEN they are capable and trustworthy by virtue of the fact they have already obtained a Locksmith License.  It is up to the State to PROVE that individual locksmiths cannot continue to serve the public without the additional hours of mandated continuing education courses.
Unless it is the board’s contention that locksmiths forget most of what they have learned over a lifetime’s investment in their chosen area of specialty, then it's pointless to rationalize this ridiculous and expensive waste of time and effort on any ‘journeyman locksmith’, a mandate which produces no measurable added security for the public.
The State of Texas should not be in the business of violating any individual’s God given rights of doing what they can to support themselves and their families.   It’s time to eliminate mandated continuing course requirements for any licensed locksmith with 10 years or more experience.
T.F. Stern 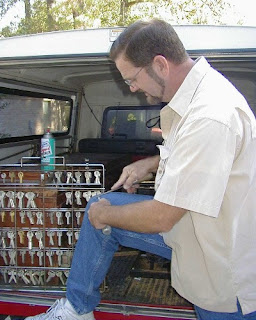 Serving the Houston Metropolitan Area Since 1978

This article has been cross posted to The Moral Liberal, a publication whose banner reads, “Defending The Judeo-Christian Ethic, Limited Government, & The American Constitution”.
Posted by T. F. Stern at 10:34 PM 0 comments

This Raffle Has Been Cancelled
If you have not received your refund please
contact me
First Prize: Vintage 1999 BMW Z-3 Coupe

Second Prize: 2 Round Trip Air Fair tickets to any where Southwest Airlines flies in the Continental United States

Winners will be notified by phone/email and their names will be published on Facebook and here at this site.

Winners must pick up prizes in person in Houston, Texas (arrangements to be made upon notification of winning).  Winners are required to present their matching ticket stub. 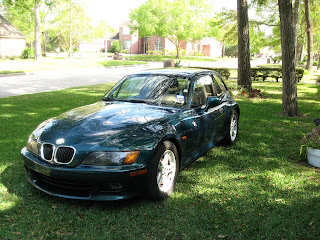 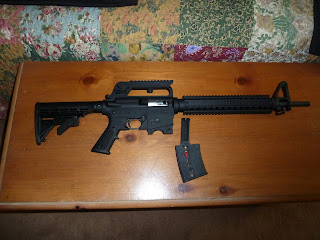