To Check or Not to Check

On Monday, according to a Fox News article, Obama reportedly signed yet another Executive Order, skirting the constitutional process of enacting legislation; this one, “prevents federal agencies from making job-applicants reveal they have a criminal record as part of his overall criminal justice reform effort”.

“The so-called “drop the box” initiative would allow prospective employees not to check a box on some federal applications that acknowledges a criminal record.”

Prospective employees who have been tried, convicted and spent time in prison wouldn’t have that ugly check mark in their file indicating prior misdeeds.  Professional criminals would be working for the Federal Government along side amateurs just learning the ropes making it more difficult for the good citizens of this nation to identify them.

Doesn’t this fly in the face of common sense?  I mean….(in my best Arlo Guthri voice impression), I mean…. (Arlo always asked a second time with even more emphasis), isn’t the purpose of these forms to ascertain basic information that would be helpful in determining the character of individuals upon whom We The People are asked to place our trust?

Someone in the Obama administration just flagged me as a right-wing conservative nut-job and potential domestic terrorist for doubting the sanity of our all knowing and all powerful Divider in Chief.

Okay, I’ve mentioned Obama’s latest Executive Order; but that’s not what I wanted to highlight.  No, Obama wants us to blindly follow, to let known criminals get past the door that normally would be permanently shut so they can obtain employment. 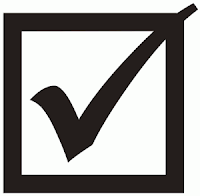 What about folks who want a brand new Assault Rifle or Semi-Automatic Pistol but don’t want to ‘Check the Box’, the Box indicating they’ve been convicted of a felony and spent time in prison when filling out a Federal background form?

By Obama’s thinking, ANY citizen seeking to obtain a weapon is considered a suspected domestic terrorist and requires a complete and thorough background check.  Returning military veterans are subjected to psychological testing intended to deny thousands of them 2nd Amendment rights as part of their reward for having served.  It’s only a matter of time before psychological tests are mandated for all citizens under Obamacare for the same end result; end private ownership of weapons and destroy the 2nd Amendment.

If you voice an opinion which runs contrary to Obama the full weight of government can and will be brought to bear.  You will be crushed!  The IRS, EPA, DOE or any number of Federal agencies which you thought were there to serve the public; but which are now used as tools and/or weapons at the disposal of Obama, will be used against you until you are crushed into silence.

John Nolte wrote an article some time back explaining how Obama used agencies of the Federal government during the ‘shut down’ following a vote by Congress that didn’t go the way Obama mandated Congress to vote.  47 times Obama used these agencies to ‘remind’ Congress, and by extension, We The People, that Obama runs this nation and only Obama’s opinion is important.

Maybe Shakespeare had Obama’s latest Executive Order in mind when he penned Hamlet’s ramblings regarding death,  “To be or not to be…” if, by placing a check mark on a Federal employment form indicating former convictions…wait for it….

“… Be all my sins remembered”.

This article has been cross posted to The Moral Liberal, a publication whose banner reads, “Defending The Judeo-Christian Ethic, Limited Government, & The American Constitution”.
Posted by T. F. Stern at 9:48 AM