The Prayer of Enos for Our Time 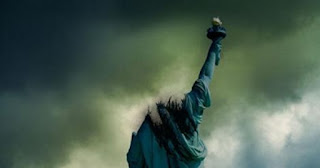 Our studies in Sunday School took us through the Book of Enos this past week.  It’s only a page long; but holds a wealth of information, information which applies to our day, perhaps more so than when it was written.

Enos prayed unto the Lord for a remission of his sins and during the conversation, prayer being more than a casual acknowledgment of the Lord’s hand in our lives; during that conversation Enos poured out his concerns regarding his people as well as those who stood in direct opposition to them.  After carefully reading the text it becomes evident that the people Enos pleads for at first are his own; but that they have become complacent and headed down a troublesome road.

In verse 10 we get a better idea of the dilemma Enos faced as he pleaded for his people to be worthy of blessings while at the same time well aware that those who understand their responsibilities, having decided not to follow the Lord’s way, those people must face the consequences of their actions.

The Lord speaking, "I have given unto them this land, and it is a holy land; and I curse it not save it be for the cause of iniquity; wherefore, I will visit thy brethren according as I have said; and their transgressions will I bring down with sorrow upon their own heads."

In case you haven’t figured it out, ‘this land, and it is a holy land’, refers to the geographical area we now call the United States.  The ancient inhabitants were divided against each other, much as they are today.  There were those who accepted the Lord, Jesus Christ, as Savior of all mankind and did their best to follow His commandments and there were those who opposed them.

Enos understood that his people could not expect the Lord to defend inappropriate actions; that eventually they would fall, the wicked, non-believers and idolatrous barbarians would destroy them and take over the land.

Do you see any similarities between colonial America that at one time acknowledged the Lord, comparing them with current day America that’s divided against itself along many lines; socialism, Atheism, communism?   Add to the division other cultures like Islam who would gladly destroy the land of the free and home of the brave; does that make it more clear?

Enos took his case before the Lord with the sinking feeling (foreknowledge) that his people would eventually be lost; but he took it a step further by asking the Lord to enlighten his enemies, that one day they might accept the gospel and become a righteous people worthy of this great land which had been set aside and blessed.

He didn’t ask the Lord to preserve his enemies in their fallen state; rather his desires were that they become what his own people had rejected, a people who would obey the commandments and seek only that which is right and proper.

So too in our day we can observe so many of our people, people who have been blessed beyond measure with life, liberty and the pursuit of happiness; but rather than acknowledge the Lord’s hand in our nation’s success they’ve become self absorbed to the point of becoming ripe with iniquity, unfit to receive blessings that would ‘preserve us a nation’.

I suppose the ‘Christian thing to do’ would be to pray for those who hate our way of life and ask the Lord to soften their hearts so that after the dust settles and our nation has been crushed (yes, we are headed for self destruction); ask the Lord to show those who have conquered us; have them eventually embrace the gospel and become a people the Lord can bless.  This land can only be blessed for those who follow the Lord, all others are cursed.

Can’t you just see the tears falling from our Savior’s eyes as He considers how many opportunities He’s given us and watched as we rejected His ways in favor of expressing our right to chose, our right to be disobedient, our right to…  Oh, my, therein lies the problem; all of these rights came from God…  When you pervert the meaning of rights to fit desires which are in conflict with the Author of those rights, at that moment the Lord’s blessings are withdrawn.

You can bet the farm Enos saw much more than his own day; he saw ours as well.  He’s pleading with us, as if from the dust, to become a people who are deserving of the Lord’s blessing, deserving of Providence and Divine Intervention so often mentioned by our Founding Fathers as our nation miraculously came to be.

What will be the outcome?  That answer is easy; the Lord’s side wins, it’s been known since before the world was created.  Pick your side carefully.

This article has been cross posted to The Moral Liberal, a publication whose banner reads, “Defending The Judeo-Christian Ethic, Limited Government, & The American Constitution”.
Posted by T. F. Stern at 10:23 AM