Thinking of my father 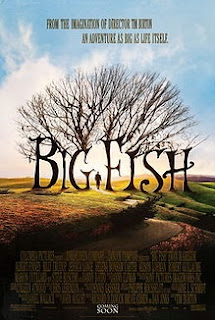 The movie, Big Fish, caught my attention while flipping channels.  The story had progressed nearly to the end, the part where the son arrived at the hospital, finding out his father was near death, having suffered a serious stroke.  The young man volunteers to sit by his bed all night and gives his mother a chance to go home.

If you’re familiar with the movie; his father wakes up momentarily and sits up wild eyed saying something that sounds like, “the river”,   His son reaches over as if to hit the Call Nurse button but instead waits to find out his father’s request.

“Tell me how it ends”, the young man wasn’t prepared with a response.  The father had never told his son what he’d seen in the old witch’s eye so many years earlier, a prophecy of how he was going to die.

The son being familiar with the many fantastic yarns his father had shared begins to carefully create the vision his father never told him about, pausing as details sprang to mind in such a way as to fit with other stories his father conjured up throughout his life; all having to do with the river.

According to his son’s interpretation his father was no longer constrained by oxygen tubes and able to move about, points to a wheel chair and stresses the need to escape from the hospital in order to return to the river…

Interestingly, I found tears streaming down my cheeks, an uncontrollable transference of emotions as thoughts of my own father came crashing down on my consciousness.

One of the earliest memories of my father is linked with a trip to Jones Beach out on Long Island, New York.  We’d gone to the huge Olympic pool and dad was standing in the water making sure I didn’t drown; but the memory had to do with how much hair covered his chest and back, more like a friendly bear than a human to my young eyes.

Dad’s getting up in age and his physical strength and mental awareness are cause for concern as Alzheimer’s robs the best of him.  Dealing with these feelings, the movie progressed; but I was already lost in my own thoughts. 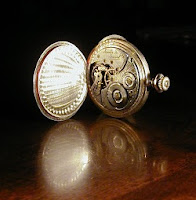 I can’t turn the clock back and my father’s health continues to deteriorate; that is not within my power to change.

However; for a moment I can visit an earlier time, like when I first saw him playing ball with other young fathers on a field of dreams, a battered old First Baseman’s ball glove on his hand.  From that moment I wanted a First Baseman’s glove, to be just like dad.

I got into a fight during Painting Time in Kindergarten because the other kids didn’t know how to apply paint properly to the blank sheets of paper.  I tried to show them how my father applied paint to our garage, big sweeping horizontal strokes; but the teacher was unaware of the proper way to paint as well.

One chilly winter day as my father was attempting to get me off to meet the school bus and noticed I had no jacket.  He grabbed a brown jacket belonging to my brother; but my jacket was blue, certainly he should have know my jacket was blue, so I refused to wear the brown one.  Getting chased around the house was going to make me miss the bus so I ran out the door before dad could catch me; I wasn’t wearing that brown jacket and he couldn’t make me.

Many years later I recall sitting down for lunch at Sharpstown Mall with dad and some of his friends from work to tell him I’d joined the Houston Police Department; now that was a day to remember.  Dad wanted me to be an accountant, had paid the first two years of college and was totally blind sided by my decision.  It was the first, perhaps the only time dad was unable to speak a word.

So this is how it is and as it should be…

I considered saving this to be published on Father’s Day; instead the idea occurred to me that Father’s Day should be celebrated more often, just as we should celebrate the birth and life of Christ everyday.

This article has been cross posted to The Moral Liberal, a publication whose banner reads, “Defending The Judeo-Christian Ethic, Limited Government, & The American Constitution”.
Posted by T. F. Stern at 1:10 PM