If You’re in Trouble Find a Policeman 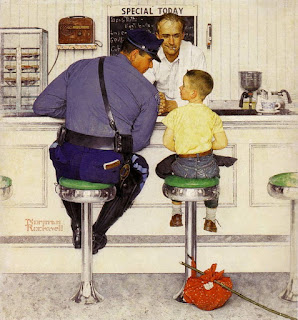 I’m sixty five years old and recognize the blessing in being able to call my mother on the phone; makes her claim of being 37 going on 38 much harder to believe, just sayin’.  The other day she expressed her gratitude that I’d served as a police officer; but at the same time was relieved I’d retired as each passing day brought headlines of police officers being ambushed and murdered.

If you’ve been keeping up with the news it wouldn’t be much of a stretch to say there’s a War on Cops.

Remember when children were taught to find a policeman if they got lost or were in trouble?  “Policemen are your friends” and we all nodded as the lessons were presented in 1st Grade.

I’ll never forget the first time I met a policeman face to face.  It was the middle of winter and my brother and I had been hiding behind a short row of hedges, giving us cover to throw snowballs at passing cars.  We’d pop up, let ‘em fly and watch as drivers skidded on the slick pavement when the snowballs slammed into them.  It was great fun.

Getting back to my first face to face meeting with a policeman…  We were hunched down listening to the tires crunching snow and waiting for the vehicle to arrive at precisely the right location in relationship to our planned attack.  We popped up, let ‘em fly and at that same moment realized that our intended target was a police car.

The blood in our legs froze solid as we stood silently, unable to move let alone run.  The policeman stopped, opened the door and quietly walked over to us with a wry smile on his face; we, on the other hand were having trouble breathing.

He placed us in the police car and drove us home, just a couple of blocks.  Most of this part was a blur; but I remember my mother opening the door and talking briefly with the policeman prior to letting my brother and me enter the house.  She did thank him for being understanding and assured him it wouldn’t happen again.

Hard to believe that one day I’d join the police department and serve for twenty years.

I remember one night driving up on a bunch of kids who were ‘toilet papering’ a house during football season.  A couple of them ran off into the darkness as soon as they recognized the police car; but others froze in place, much as I had so many years ago.

Interestingly, the house these kids were ‘toilet papering’ belonged to one of their friends; it was something of an honor to have your trees, bushes and house covered with long streams of toilet paper following a big win.

I explained that it might be a good idea to clean up the mess they’d made, never getting out of the car.  They hadn’t really considered their actions as criminal mischief, at least not until a policeman pointed it out; never mind the healthy grin on my face. 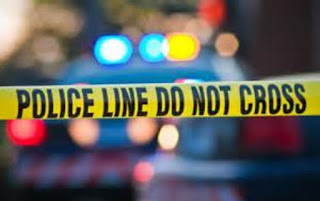 Reading about policemen being ambushed and murdered turns my stomach; officers shot while sitting in their patrol cars or walking up to quell a disturbance as assassins hid behind bushes.  The officers in Dallas were protecting protesters, protesters protesting police when snipers hidden in a multilevel parking garage opened fire.

“Dallas massacre of police: FBI investigating anti-police group that attended Dallas mosque
JULY 8, 2016 10:26 AM BY ROBERT SPENCER
The Hamas-linked Council on American-Islamic Relations (CAIR) and other Islamic supremacist groups have assiduously courted Black Lives Matter, and linked their propaganda efforts against “Islamophobia” to the Black Lives Matter stand against perceived racism. In Dallas last night, we see where this is tending: as Kyle Shideler notes in the March article below, “At the event, MAS leader Khalilah Sabra openly discussed the importance of Muslim support for Black Lives Matter, and urged ‘revolution.’ Comparing the situation in the United States to the Muslim Brotherhood-led Arab Spring revolutions, she asked, ‘We are the community that staged a revolution across the world; if we can do that, why can’t we have that revolution in America?’” And with the mass murder of police in Dallas last night, we’re getting there.” (emphasis added)

These are cold blooded murders, planned in advance using tactical strategy as if it were a military operation; that makes it a War on Cops by an enemy with a long term agenda.

Perhaps one day our children will once again be taught, “If you ever find yourself lost or in trouble, go find a policeman”.  Our country is in trouble as each attack on a police officer is an attack on all of America.

Pray for our country; more specifically that all police officers make it home after their shift ends.

This article has been cross posted to The Moral Liberal, a publication whose banner reads, “Defending The Judeo-Christian Ethic, Limited Government, & The American Constitution”.