A Cooling Down Period 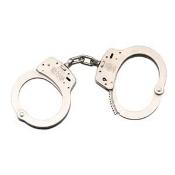 Early last July I wrote an open letter to anyone involved in the locksmith industry and followed that up by sending a copy of the letter to the Department of Public Safety/Private Security Bureau (DPS/PSB).  It was sent certified mail so I’d have a signature proving they’d received it; which they signed for on July 13th, a full 10 days to read my letter and plenty of time before the quarterly meeting on the 23rd of July.

I wanted the DPS/PSB board to address my concerns regarding journeymen locksmiths being required to take basic remedial courses to obtain the mandated State Continuing Education hours to secure their licensing requirements.   According to a letter I got back, a letter dated July 29th, the board didn’t get a chance to review that letter in time for the July 23rd meeting.  John E. Chism, Presiding Officer, Texas Private Security Board, claimed they couldn’t act; but let me quote directly from his letter:

“I will furnish copies of your letter to the two locksmith associations that attended this meeting for their information.  In order for the Private Security Board to consider changes to Board Rules concerning licensing fees, continuing education, or any other Board Rule, the proposed changes must appear on the Board Agenda.  Any proposed Board Rule changes must be discussed publically with input from the regulated industries and the citizens of the State of Texas.”

I started to write my thoughts down immediately after receiving this artfully crafted line of crap; but remembered some advice from long ago, “Take a deep breath and cool off before you say something you’ll regret later”.  While that’s good advice, and certainly worth following; it doesn’t fit my personality most of the time, I like to jump right in with both feet securely in my mouth.  (I was once suspended from the Houston Police Department for 40 days, insubordination; but that’s a whole other story)

So here I am, several months later writing down my thoughts on why the DPS/PSB should stay out of the free market system.  I don’t think I’ve cooled off enough; but here goes…

Mr. Chisum mentioned he’d given a copy of my original letter/proposal to two locksmith associations; but I’d already sent them copies well in advance of the July 23rd Quarterly meeting.  My suggestions were ignored; gee I wonder why?

The TLA established the original locksmith industry legislative package and sent it off to Austin, legislation which mandated locksmith licenses in order to protect the public from unscrupulous fly by night operators.  The package sent to Austin was not the same legislation which locksmiths had been shown and worked on; instead it was a package which the Alarm Industry had suggested in order to regulate locksmiths, a long standing economic feud which the Alarm Industry eventually won; not exactly water under the bridge.

I happen to be a member of GHLA and find it interesting they are listed as one of the few recognized official schools which locksmiths may attend to obtain State mandated Continuing Education hours in order to remain licensed.  Remarkable that GHLA wouldn’t propose a rules change that would affect a cash cow like mandated Continuing Education, even for journeyman locksmiths who could easily teach courses in basic locksmith work.  Don’t hold your breath waiting for this topic to come up in front of the DPS/PSB.
I found a copy of Ronald Reagan’s speech, A Time for Choosing, given while he was supporting Barry Goldwater’s bid for the presidency.  Reagan expressed the principles of self governance clearly and succinctly; a reminder and a warning that is timeless.


“This idea -- that government was beholden to the people, that it had no other source of power -- is still the newest, most unique idea in all the long history of man’s relation to man. This is the issue of this election: Whether we believe in our capacity for self-government or whether we abandon the American Revolution and confess that a little intellectual elite in a far-distant capital can plan our lives for us better than we can plan them ourselves.

You and I are told we must choose between a left or right, but I suggest there is no such thing as a left or right. There is only an up or down. Up to man’s age-old dream--the maximum of individual freedom consistent with order -- or down to the ant heap of totalitarianism. Regardless of their sincerity, their humanitarian motives, those who would sacrifice freedom for security have embarked on this downward path. Plutarch warned, “The real destroyer of the liberties of the people is he who spreads among them bounties, donations and benefits.”

The Founding Fathers knew a government can’t control the economy without controlling people. And they knew when a government sets out to do that, it must use force and coercion to achieve its purpose. So we have come to a time for choosing.”

Those serving on the DPS/PSB board have little or no understanding of the American concept of a nation ruled by self governance.  God given rights to life, liberty and the pursuit of happiness are just words on a piece of paper waiting to be sorted out and issued to the people via some sort of mandated entitlement which must first be earned by jumping over fences, through hoops and landing on the indicated mark as set down in a manual created to provide a safety net for the uninformed, easily fooled public.

The DPS/PSB board needs no permission to alter their own arbitrarily mandated rules; they write them with or without the consent of the governed.


My dad used to tell a joke which ended with the line, “…and that goes for the horse you came in on”.  Some folks might think I wasn’t joking so I won’t include that line while addressing the DPS/PSB.  I wonder what the time frame is for a cooling off period.

This article has been cross posted to The Moral Liberal, a publication whose banner reads, “Defending The Judeo-Christian Ethic, Limited Government, & The American Constitution”.
Posted by T. F. Stern at 11:11 AM