To all the Mr. Tanners, Thank You 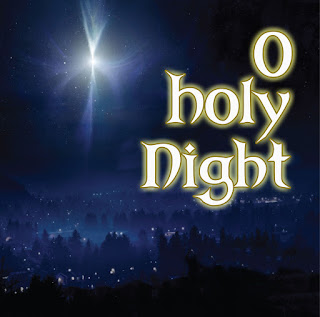 We have a radio station that plays nothing but Christmas music from Thanksgiving all the way through Christmas Day non-stop.  One of my favorites is O Holy Night (Oh Holy Night for folks who have to spell the “h”); but then again, that’s a favorite for many.

I recently learned the tune was originally not accepted, at least not in French churches, because it was written, in part, by a fellow who happened to be Jewish; go figure.  Eventually it was translated from French into English where it was well received.

Many artists have taken the challenge to perform O Holy Night; Celine Dion, Josh Groban and Nat King Cole just to name a few; but what about the folks who are not as well known, what about the “Mr. Tanners”?

You don’t know a Mr. Tanner?  I’d venture to say there’s a Mr. Tanner in just about every congregation across the globe; a person who, given an opportunity to sing, will rise to the occasion and let his/her heart fill in where his/her vocal chords fail.

We had a Mr. Tanner in our Ward not too many years ago.  He went under the alias of Brother Oldham; but I knew right away he was a Mr. Tanner the moment I heard him sing O Holy Night.

It’s time to say Thank You to all the Mr. Tanners for sharing of yourselves the gift you were given.  Thanks also to Harry Chapin for his thoughtful tune, Mr. Tanner, which reminds everyone; singing comes from the heart and from the soul.

Mister Tanner was a cleaner from a town in the Midwest.
And of all the cleaning shops around he’d made his the best.
But he also was a baritone who sang while hanging clothes.
He practiced scales while pressing tails and sang at local shows.
His friends and neighbors praised the voice that poured out from his throat.
They said that he should use his gift instead of cleaning coats.

His friends kept working on him to try music out full time.
A big debut and rave reviews, a great career to climb.
Finally they got to him, he would take the fling.
A concert agent in New York agreed to have him sing.
And there were plane tickets, phone calls, money spent to rent the hall.
It took most of his savings but he gladly used them all.
But music was his life, it was not his livelihood,
And it made him feel so happy and it made him feel so good.
And he sang from his heart and he sang from his soul.
He did not know how well he sang; It just made him whole.

The evening came, he took the stage, his face set in a smile.
And in the half filled hall the critics sat watching on the aisle.
But the concert was a blur to him, spatters of applause.
He did not know how well he sang, he only heard the flaws.
But the critics were concise, it only took four lines.
But no one could accuse them of being over kind.

(spoken) Mr. Martin Tanner, Baritone, of Dayton, Ohio made his
Town Hall debut last night. He came well prepared, but unfortunately
His presentation was not up to contemporary professional standards.
His voice lacks the range of tonal color necessary to make it
Consistently interesting.
(sung) Full time consideration of another endeavor might be in order.

He came home to Dayton and was questioned by his friends.
Then he smiled and just said nothing and he never sang again,
Excepting very late at night when the shop was dark and closed.
He sang softly to himself as he sorted through the clothes.
Music was his life, it was not his livelihood,
And it made him feel so happy and it made him feel so good.
And he sang from his heart and he sang from his soul.
He did not know how well he sang; It just made him whole.

Since I tend to include a political jab in many of my articles, the “O” in O Holy Night is not, I repeat, is NOT a reference to Obama.  Please pass this along to Jaime Fox; don’t think he quite gets it.


In case you missed it, mixed in with the printed “refrain” is a secondary tune, O Holy Night, sung by a back-up singer in the band.

For those who open their hearts and receive Him, the Christ Child will pour out his gift of salvation; a simple thought to send you on your way this day.

This article has been cross posted to The Moral Liberal, a publication whose banner reads, “Defending The Judeo-Christian Ethic, Limited Government, & The American Constitution”.
Posted by T. F. Stern at 10:04 AM