It’s Not Yours Until Government Says So 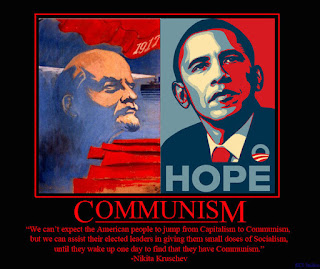 There’s a fairly important property case taking shape which many would just as soon go away.  It involves the government’s “taking” of raisins of all things; that’s right, shriveled up grapes are at the center of a major court battle.

An article by Jonathan Stempel quickly pointed out that “Farmers object to setting aside crops without payment”; imagine that, objecting to the government confiscating your crops and not getting paid.  These folks must think we live in America.

Lower court rulings, to include the 9th U.S. Circuit Court of Appeals have all ruled against the plaintiffs citing a Depression Era ruling which “requires raisin “handlers”, who include farmers and packers, to set aside part of their crops, in an effort to prevent supply gluts and price volatility”.

There was a line in Stempel’s article which jumped off the page and struck me on the cheek.

“The U.S. government had urged the Supreme Court not to accept the appeal.”

The translation of that line, “If the Supreme Court hears this case it will open a whole can of worms and expose most legislation and government regulations regarding property rights as pertain to individuals as being unconstitutional”.  Any arguments which come before the court will challenge the validity of government’s interference in the free market system.  That having been said, wouldn’t We The People want to have a clearly defined court ruling on property rights; We The People being the government?  (Silly me, I forgot what year this was)

Some of you may remember the free market system which, over these many years has been corrupted and dismantled “one brick at a time”; to the point where it is nearly gone.  That system regarded private property as the basis for a civilized society.

If you look at the formative thoughts upon which American “doctrine” was founded, a variety of concepts were borrowed and then polished.

“Every man has a property in his own person.  This nobody has a right to, but himself.” ~John Locke

…and in our own day:

“Just as man can’t exist without his body, so no rights can exist without the right to translate one’s rights into reality, to think, to work and keep the results, which means: the right of property.”  ~Ayn Rand

So where does anyone in our government get away with appropriating the goods or services of an individual or group of individuals without just compensation?  This doesn’t even include the idea that an individual must first agree to relinquish his/her property to begin with.  The Kelo decision marked a turn toward the dark side if ever there was one.

I’ll throw in one more property rights quote; but this from an avid socialist:

The rate of speed with which America is being transformed from a free market system into a third world socialist backwater system has escalated incredibly over my life time; yet nothing compares with the Obama administration’s agenda.  Some of you might recall Robert McChesney, good buddy to Van Jones the ousted communist Green Jobs Czar under Obama.  McChesney declared that capitalism has to be dismantled “brick by brick”.

Well at least McChesney was honest about his feelings and purpose.  He expressed what many progressives want; not exactly an American concept; but what would you expect when we have a Marxist Communist living in the White House?

This article has been cross posted to The Moral Liberal, a publication whose banner reads, “Defending The Judeo-Christian Ethic, Limited Government, & The American Constitution”.
Posted by T. F. Stern at 11:01 AM